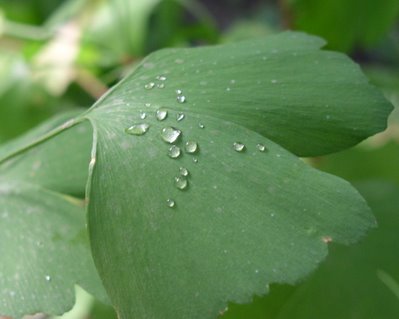 for friday photo : Immature
Posted by norm at 5:42 PM No comments:

If you are flickr member you might like to use one of fd's flickr toys called scout. It bills itself as the quickest way to see if you are listed among the 500 photos choosen each day to be used for the flickr explore page. Better still it will make the photos it finds into a neat poster. It is fun, if you overlook the fact that it is really designed to be just another way to egosurf! 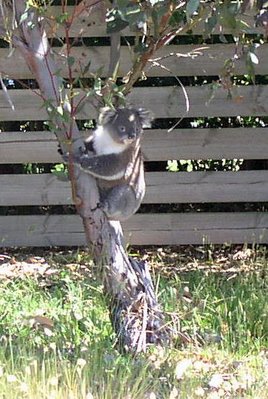 Email ThisBlogThis!Share to TwitterShare to FacebookShare to Pinterest
Labels: koala 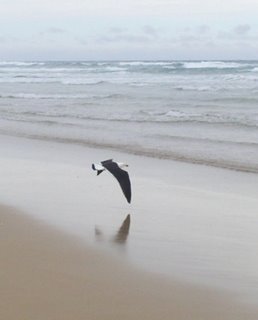 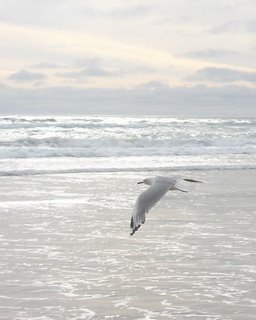 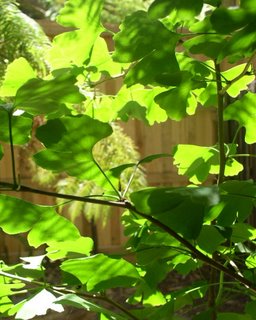 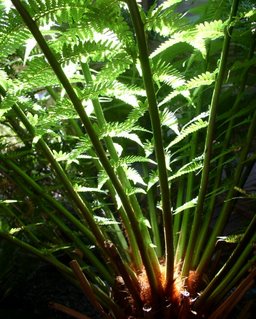 These are taken in my cretaceous garden (I'm growing plants species that date back 100 million years)
Posted by norm at 3:17 PM No comments:

From past experience I know that taking a good photo of dark subjects can be difficult, with modern automatic digital cameras. The technical explanation is to do with the cameras automatic light meter, it is trying to average the exposure over the image to match an average grey. However some subjects, such as rocks, dark skins and even low level light are just a much darker overall tone. The result is, the camera will choose a setting that tends to over exposed the photo, because the camera is actually trying to lighten this darker tone by taking a longer exposure This gives the resulting photo a flat look (and gerenally a lot of detail will be lost)

Most modern digital cameras have a system whereby you can easily adjust exposure, often this is called EV (exposure value). This combined with a simple reference sheet you can download and printout (click on the link and it should take you to google docs and let you print it or download a web document). Place the reference sheet beside your image and take a series of photos

My camera has a bracketing setting BKT, which lets you take a number of shoots with progressively adjusted EV settings by just holding the button down. Many digital cameras have controls to toggle adjustment (it may not be referred to as EV) that allow you to do the same task

Either look at the images in your LCD screen or better still download them and have a look on a larger screen. The photo that best exposed the reference card could well not be the exposure your camera light meter has selected

Studio portrait photographers have a similar ""secret". They often have a test card that is 18% greytone. When it is “just” perceptibly different to white on a test shot the exposure is considered right. They may still fiddle elaboratly with a hand held light meter, but maybe this is just to take more time so they can charge you more. On my reference card this would correspond to the 10% grey looking white and the 20% the first distinct light grey. In both my example sequences above I will benefit from putting a positive EV correction.

Finally remember the reference card is light and will influence the light meter if it takes up a lot of the image space, so you may like to consider making a smaller single (either 18% or 20%) greytone card of final calibrations for important photos 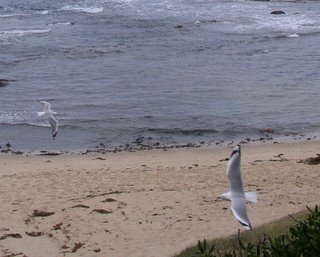 I like big sweeping landscapes, and have enjoy making multi-image panoramas, which generally do the subject matter justice. Getting a scene like a beach can be difficult because the waves change position during each shot. I do remember the sea gulls gliding in the wind when I was taking this and thought I had avoided photographing them (they usually make a nuisance and fly over exactly that spot where they will spoil the join.) I must have missed these two but glad I did. They really add depth to the image.

(you may need to click on this image to look at the larger size to fully appreciate this)
See where this picture was taken. [?]
Posted by norm at 4:35 PM No comments:

Hmmm..... the blogger beta is not such a good idea... the "blog this" button from flickr doesn't work with blogger beta either.... well it does give you a half decent warning and link to change your blog setting. 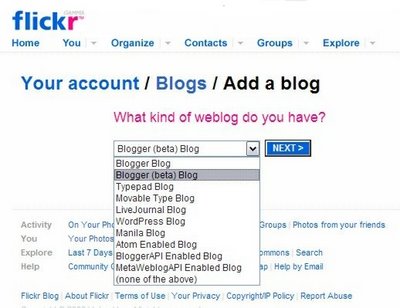 The trouble is, you to have to delete the old blog setting and add a new one (there is no way to change your blog so I guess most folk will realise this is necessary eventually. It did take me a while to figure out) 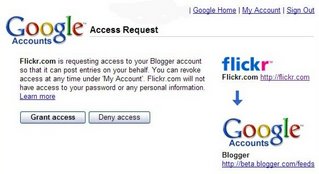 As part of that process (if you have not already done it) you must grant flickr access to your google account so flickr can may make posts on your behalf. If you are worried about this sort of thing it will pay you to read the learn more link.
Posted by norm at 4:28 PM 1 comment: 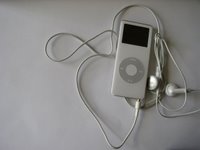 This is another photo I took to use in the making yet another screen desktop wallpaper, The "wide screen" wallpaper was created with my Olympus camedia software to suit my tishiba notebook screen. The modern art inspired mosaics where created with fd flickr toys. If you haven't tried last.fm yet check it out, its like flickr for audio.

Mucking around with mosaics 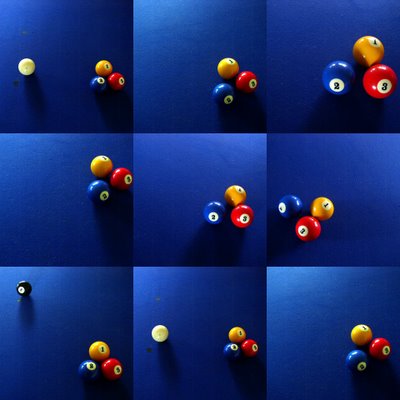 A photomosaics of several related images, taken for a screen wallpaper project
Posted by norm at 4:34 PM No comments:

Picasa "blog this" not working either

Thought I should also check out picasa's "blog this" key, which is a handy one click way to upload a photo to a blog. Well it doesn't work with Blogger beta either.

(see also my goodbye hello post)
Posted by norm at 4:26 PM No comments:

This started out as a simple enough project, I wanted to make a new screen wallpaper for my wife's computer. I am into things that self reference, like fractals and most things that people think of as complex. Today I had the opportunity, I was stuck inside on a nicer day, but with three cameras. I decided that the challenge would be to get the images from the three cameras into one photo. It was easy, I'd take a photo of the computer, with photo(s) of itself as its screen wallpaper 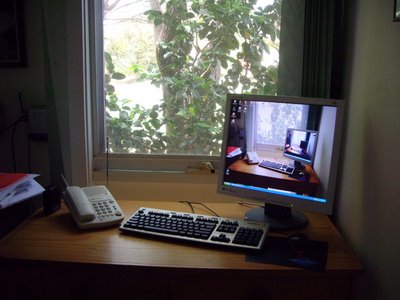 It did not take me long at all, but I had to press some extra technology into play. A tripod, a second computer (my notebook with a wireless link, a network (to get the image onto the LCD screen), picasa (to do the cropping and and resizing), my Nokia 540i cameraphone, my Olympus C-4000 and a borrowed Pentax Opti, all got used at various steps. 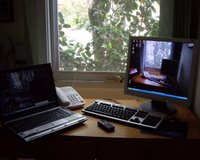 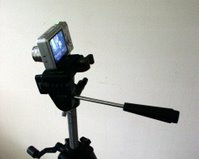 First I used my phone to talk the first generation image of the computer with a blank screen. I sent this to my notebook using the Nokia PC suite over an infrared link. Where I cropped it and sent it onto the desktop and saved it there as a background wallpaper. 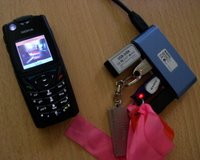 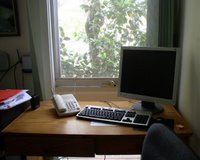 Next, for the second generation image. I got out my tripod and set my trusty old Olympus ontop and zoomed to get as close as I could to the same limits as the first photo. I took a bracketed range of photos. (I wanted to make sure the tone of the images didn't vary to much, so I took 5 ranges using plus & minus 0.3 EV steps). This time I had to take the card out of the camera and load it into my notebook that way. I selected the best match (which was - 0.3EV) and sent that to the desktop and saved that as the new background. 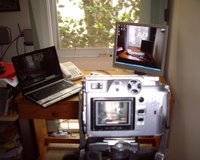 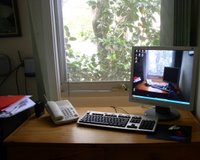 Finally, for the third generation image, I used the tiny Pentax Opti, again mounted on the tripod. The image in viewfinder looked pretty right so this time I didn't bother with the bracketed series. Again I took out the memory card and transferred to my notebook and then onto the desktop. Within 5 minutes of nutting it out it was finished. (it has taken be longer to write and upload this) 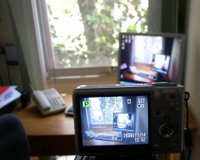 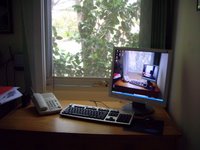 My wife's verdict: "Hmmm clever, but can I have my daffodils back?" (Her background was a photo she had taken of some bright daffodils she grew in a pot, so I guess that is deep enough self reference also! Such is life!)
Posted by norm at 2:58 PM No comments:

Seems I'm a late try out going over to blogger beta (which I like by the way), BUT now I have just discovered that bloggerbot in hello can not log into the new blogger beta.

Not such a big deal, I seldom used hello anymore to upload photos to blogger (I used the direct upload most, followed by links from flickr or photobucket). It was just that I was going to do some screen captures and multiple images in one blog, something bloggerbot could do easily. WELL NOT ANY MORE because hello doesn't want to talk with blogger beta. This is a bit strange since picasa and blogger are both google products now. I know I''ll go and look on the google groups forum on the topic, YEAP lots of folk have discovered this already. HANGON you can not add to the post because it is more than 60 days old! Ok I might be late but I did want at least say goodbye to hello 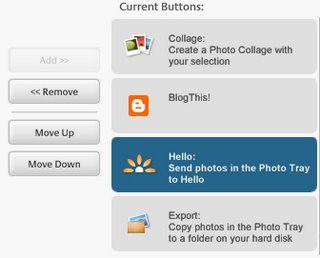 You can easily remove hello from you picasa world using the tools/configure buttons.. option from picasa's main menu
Posted by norm at 11:57 AM No comments: 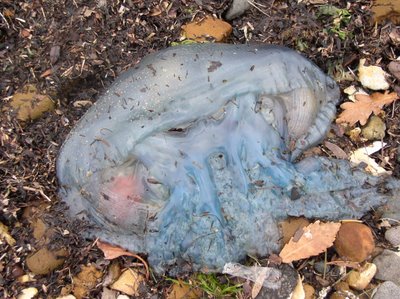 A jellyfish washed ashore in storm water jetsam (or is it flotsam?). Either way it is very dead.

For Photo friday's topic: Gross
Posted by norm at 10:12 PM No comments:

What do the ants know that we don't 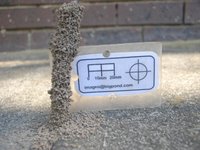 It has been a dry year, make that several years, yet the start of November has been quiet wet here in Melbourne. One nest of ants near my back door step suddenly constructed their very own air vent, just over 5cm tall. Why? Is it time to start building an ark?
I made the little scaling card some time ago but it is extra handy when taking close up photos where you need a scale reference. Alternatively you can include a common coin (this is only good for the one country) or ruler 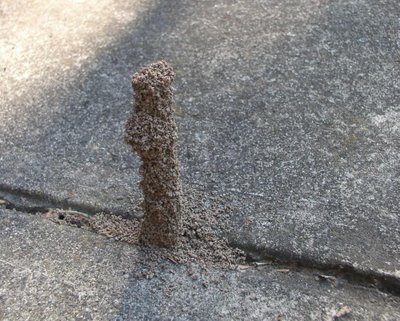