an insight into my art


There is a bigger perspective to my art, than what you might just see in here. This Xmind mind map will let you get started (and keep track of things I am interested in and doing).
Posted by norm at 4:49 PM No comments: 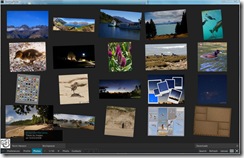 I have really been having my problems with flickr of late, actually just using it via Telstra's Next-G (more on that below), but this isn't a hate campaign its a new application. DestroyFlickr, by DestoryToday, is an alternate way to view and share flickr content, based on Adobe AIR so it will work on Windows, Mac & Linux. It is slick, displaying photos on a dark background, offers drag & drop uploads and downloads and seems fast, but to be honest it does not offer anywhere near the functionality of Flickr.com, but it is worth a look.

So what are my problems with Telstra Next-G? I am a moderator for the VIC/TAS thread of the Australian Photographers!!! group and each fortnight I need to access the competition thread and tally the scores. Sound easy enough BUT it is virtually impossible if I am trying to access flickr via my Next-G wireless modem. It just times out, disconnects, hangs half way through displaying the page or other frustrating misbehaviour, and all this frustration is expensive. Whilst flickr may not be bandwidth efficient I do suspect the issue is a simple technical issue in Next_G, because so many other web applications work beautifully. But how do I get anyone to listen when the problem is not on telstra's support scripts? Well I given up ringing telstra support anymore I just don't have hours of my time to waste and pay even more in phone bills.  It seems I'm not the only one seeing these problems. Telstra Business actually has its own photostream on flickr showing happy customers logging in, ok its just three of them and I'm not one of them. So I'm sure they must have noticed the issues by now!


I'm experimenting with ways to create a virtual on-line gallery, which the viewer can browse through in their own time. This is just a trial based on microsoft''s photosynth with some of my recent "rock art". If you have already used photosynth click on the link to download the driver for your browser.
Posted by norm at 11:31 AM No comments:

patterns in the mist 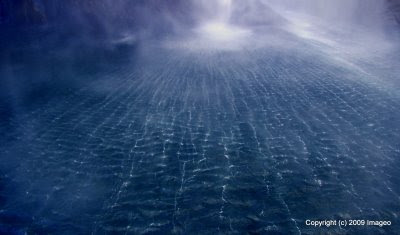 It was dark, wet & cold but the patterns in the stray at the base fo a waterfalls made a wonderful abstract composition
Posted by norm at 10:42 PM No comments:

I still think blogger is a good tool and a wonderful way to record what I am doing and thinking about my photography as I go along. Best part it is free.

However, trying to maintain a some enthusiasm and pride in what I am doing is becoming very tedious.
These are not really problems I should be wasting my time on, or am I naive in thinking they are issues google should be addressing? In the very least I would like someone in google to stop paying those who steal my post and if they want to pay someone give that revenue to charity.
Posted by norm at 11:02 AM No comments: