A mirage at sea 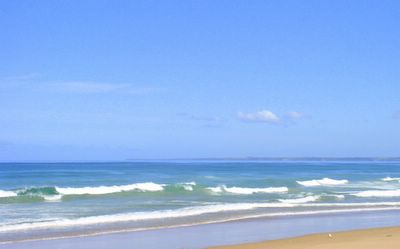 You may need to click on this image to view it at a higher resolution to see the mirage. It is close to the horizon and most visible in front of the headland (Cape Pattersom)
Posted by norm at 3:40 PM No comments: 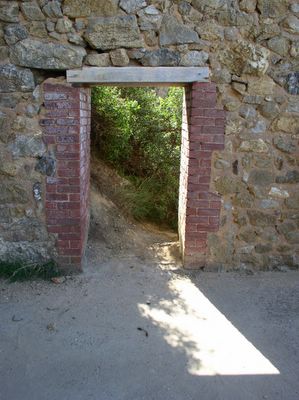 I liked the backlit tea-tree through this doorway, but to keep the photo interesting I spent some time framing the door off center in my view finder, and letting the light through the doorway lead your eye up to the opening. 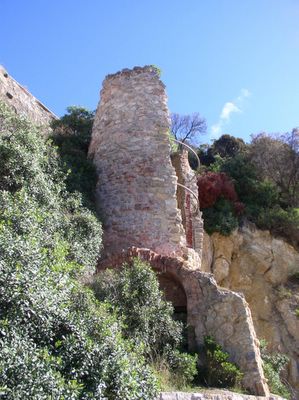 Old ruins can make great subjects, but experiment with composition, move in close and take the detail, or find an "unusual" view, from below above or the side. Find the photo that describes the place.

The old Lime Kilns are situtated just of the beach at South Walkerville, Victoria
Posted by norm at 6:12 AM No comments: 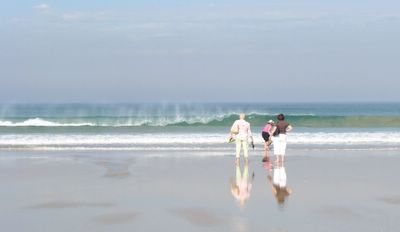 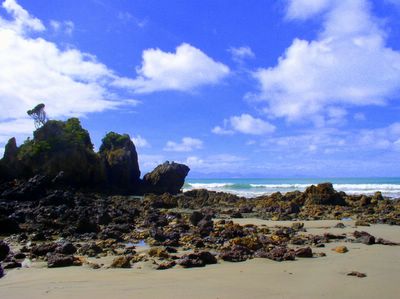 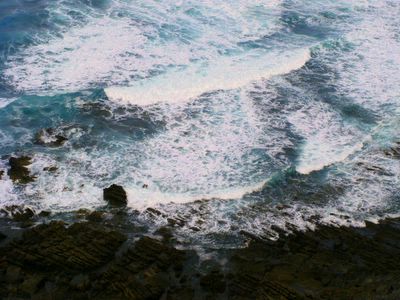 I have selected these for their strong almost abstart compositions. I lowered the horizon to emphasize the clouds and lost it entirely to focus on the patterns of the white water.

The horizon in the center of a landscape can really reduce the drama
Posted by norm at 12:00 AM 1 comment:

Avaialable light, is a term usually applied to intimate indoor and/or artificially lit subjects. Normally you have to open up the aperture and extend the time of exposure. However digital cameras are pretty notorious for not doing well in low light, the long exposure usually introduces a lot of "noise" into the photos and strange colour casts. 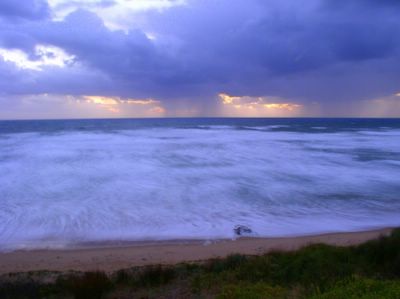 Some cameras (like my Olympus) do have preprogrammed settings, usually called a night scene mode, that try to get the best reults with extended exposure times. This mode normally turns on white balance filtering and noise reduction and adjust the cameras effective ASA rating, to give best sensitivity in low light.

Using this night scene mode, I've found I can get some very usual landscapes (and seacapes) by using this mode just after it turns dark. The resulting photos usually have very rich, but slighty artificial colours.

The above image was actually taken in the dark with only just a slight after glow in the sky, but it looks like an errie twilight. The other amazing thing about this photo is how the lines of breakers have merged into a contious boiling mass of foam. That is because the waves were moving and must have covered the distance between each line of breakers within the 4 seconds of the exposure.
Posted by norm at 10:44 PM No comments: 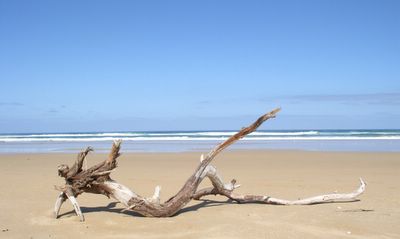