I've kind of given up with the Yahoo Map issue and accuracy on flickr, I still prefer to use google earth, and if you don't like that, try Loc.alize it is great also. However in the interest of getting all my big landscape set geotagged I've bitten the bullet and retro geotagged all the photos (that had not been previously tagged) using the MAP feature in flickr. So Sorry about all the different names for essentially the same place and poor precision on locating a few places. Such is Life.
Posted by norm at 3:09 PM No comments:

Getting more into HDR 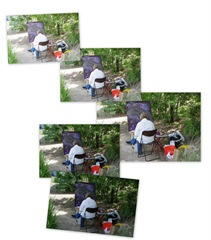 I have been experimenting with sets of five bracketed photos as input into the HDRi process. Both Dynamic Photo and Picturenaut  accept several photo imports, but Picturenaut kept stopping unexpectedly on me once I use 5 input files. Well until I downloaded the latest version! The artist was working in the shade, at the MGA Masterpiece in a Day event, and it was the middle of a sunny day. A recipe for bleached out highlights and muddy shadows. My steps of ±0.5 Ev are not large, but I have found that it is enough to get the detail in the shadows and reasonable lighting in the sunlit path. The best part is it can be done without that stretched out post-pocessing posterized over saturated look, so common in HDR work these days, Even when I used the Dynamic Photo's Eye Catching tone mapping. Could I have achieved this with 3 exposures and bigger EV steps? I doubt it. 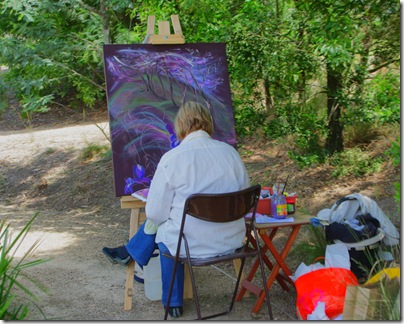 This "movie" is actually a time lapse of 260 still images taken over a 35 minute period.

Capturing lightening on  Digital Camera is harder than you might imagine. Here is some sound advice from an expert at photographing lightening.

Pose for the Camera 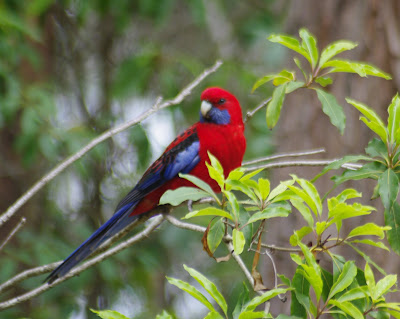 Very few birds stop and pose for the camera, perhaps Crimson Rosella [Platycercus elegans] is the one that does.

For PhotoFriday's Topic Nature
Posted by norm at 9:52 AM No comments:

A wet Brisbane by night 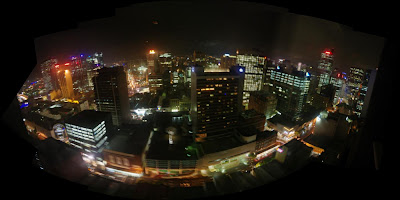 I suspect the rain is following me around. Yesterday it poured here bin Brisbane (not sure of which records where broken but they got a good proportion of the normal years rainful in a few hours). This is a composite view of central brisbane from on high made with austostitch.

I was recently asked in flickr if autostich is still around, and the answer is yes There is still a free demo windows version, and autostiched is also avialable in three "pro" photo packages (links from the autostitch web site), better still there is now an autostitch Iphone app (see the Iphone app store)
Posted by norm at 7:33 PM No comments:

After the rain, a pink sunset 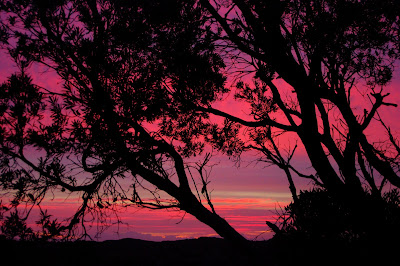 This is not a HDRi post processed image, but it was one of a set of bracketed shots. It had an -1EV bias (ie slighty underexposed), cropped with picasa otherwise nothing fancy was done. It really was a memorable sunset. This is also posted on flickr if you want to see see the exif details
Posted by norm at 8:49 PM 2 comments:

Back on the Grape Vine

I was recently judging some camera club entries and saw a number of colour vignettes, filtered to a low saturation or black & white at the edges. They were used well, to draw the centre of attention to the fully coloured zone. These work are the inspiration for my latest wallpaper. 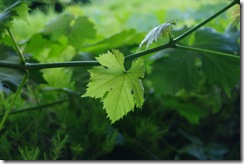 I had taken a few photos of the grape vine on my back porch. I liked the lighting on this leaf especially BUT the edges of the image where very fussy. Not a good look for a screen wallpaper, because that's where most of us put the icons. So 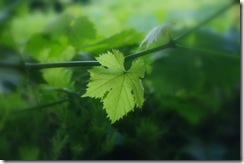 I experimented with the a couple of effects tools in picasa.  The first was the effects/soft focus, which softens the focus around a central zone. There is a slider to control the size of the circle (yes it is only a circle you can not make it elliptical). There is also a slider to control the rate at which the soft focus is brought in and you have a target to move the circle around the image with you mouse. This takes out the fussy edges nicely but oh such an intense green blur. 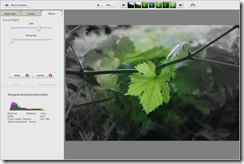 Next I tried out the Effect/Focal B&W which again give you a circular (not an ellipse) area of colour intact with the edge feathering out to Black & white. Sliders let you control the size if the circle and the sharpness of the colour spot. A target on the image to center the circle can be moved over the image using the mouse. Very Simple and intuitive to use. 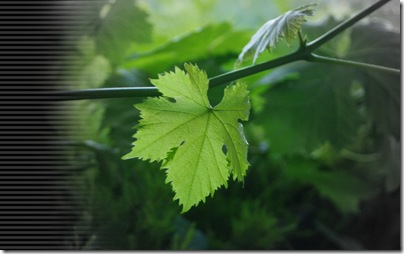 Finally I decided to further edit my second attempt with the screen wallpaper maker in the Olympus Camedia software (which came bundled with my original digital camera) and which I still use occasionally along with that original camera. This software allows you to easily add a textured background overlay to part of the image (the left hand side where icon get put by default).

Of all my on-line photographic works, it is screen wallpapers on flickr, that get the highest views. Over whelming so, hundreds if not thousands of views each. I’m still not sure why, but I think they are fun to create, I use them on my own computers and why not share them? 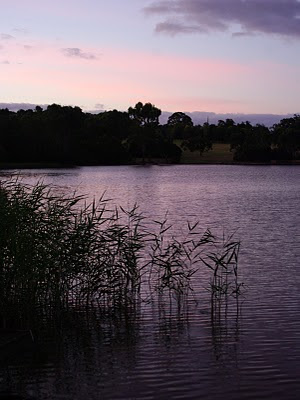 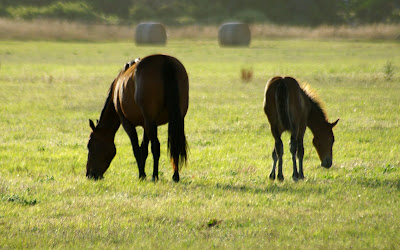