Have a Happy & Prosperous New Year

My #endlesssummer adventure start tomorrow, you can also follow be on that as @OzEndlessSummer on twitter and/or @oz_endless_summer on instagram
Posted by norm at 11:59 PM No comments: 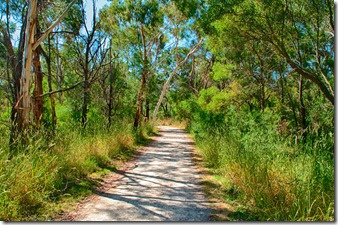 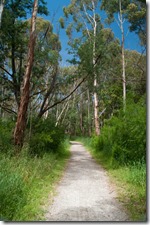 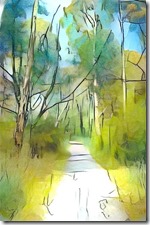 I was looking for a place to put this gallery of photos in  just one spot and avoid reposting across the social web. (ie still looking for a suitable POSSE approach, Post [on your] Own Site, Syndicate Everywhere)  I haven’t found a viable solution yet, so this post duplicates images already posted on tumblr and/or flickr and not to forget instagram. What it shows is all the photos together.

Looking Forward, before looking Back

This time of year most folk on the social nets are looking back over the year that was, which is fine but I am focused on looking forward I am already well into the planning of new projects for next year. 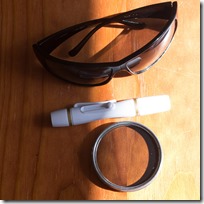 First and most significant is my endless summer in 2017 which is a private Art and Photography project visiting and recording some icon parts of the landscape in the sunshine. This brings about some technical issues which many artists and photographers struggle with. How to capture and photography the beauty of the harsh Australia Light. You can follow on my travels and work process at a few social media places including @oz_endless_summer on instagram, @ozendlesssummer on Twiter and  An Endless Summer group on flickr 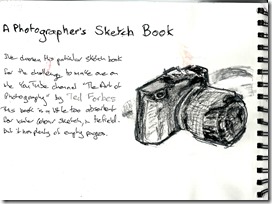 The second project is a Photographers Sketch Book, with is following Ted Forbe’s assignments on his You Tube channel “The art of Photograpy” Whilst the sketchbook is something very physical, you can follow along both its content and ideas behind the images on my tumblr sub-blog mapopaj

The idea of a photographer using a sketch book is not new. There is a wonderful scene in Alain de Botton’s documentary about his book “The Art of Travel” (this sequence starts at 40:30 in) where he takes a bus load of Japanese tourists to a quaint English village and then takes their cameras away and gives them sketchbooks!

This video link above expands on his inspiration for this actions,  based on the writings of John Ruskin

In my last post I looked at making a notan sketch and using my Notan Cards to check tones. Below is the photo I took. 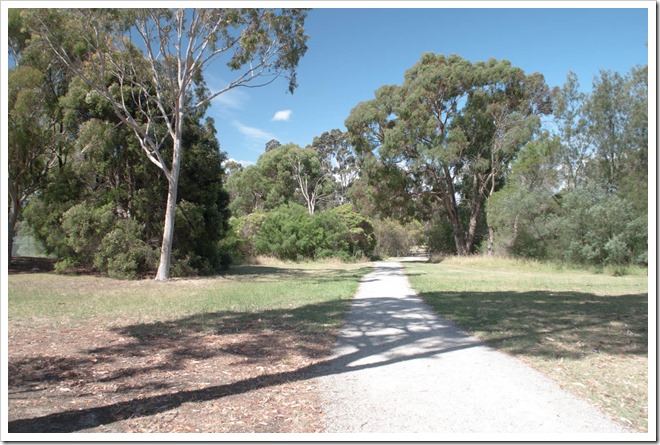 The Camera has done a reasonable job with exposure and despite the hard lighting I have managed to get a nice blue sky as well because I have a polarizing filter. However the photo looks quiet flat compared with what I remember of the harsh light, warmth (aka heat) and cicadas throbbing chorus. 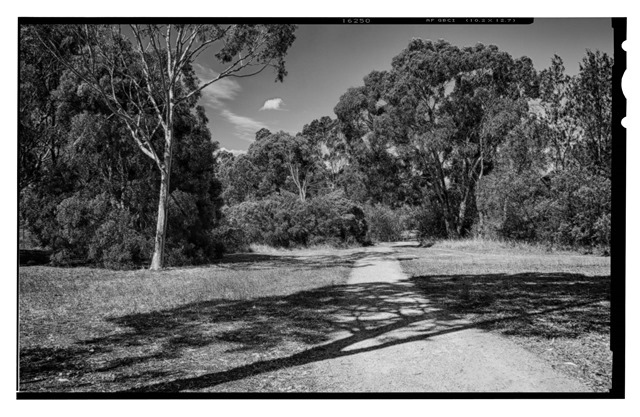 My first task is to re-establish the tonal range. Making the pathway and tree lighter (the whites slider in light room) and a slight tweak to the darken the shadows just a little. Often using trying to understand the tonal changes (low level tone mapping) it helps to just look at a black & white Version of the image while you are doing the adjustments. There are lots of ways to do this but one of the easiest is to just take the saturation slider to zero (all the way to the left in lightroom). After doing this “tonemapping” you should bring back the colour. You might be amazed to see it has become a little more intense the colours are (in a natural way, more like you have increased luminosity slightly, not a saturation overload). 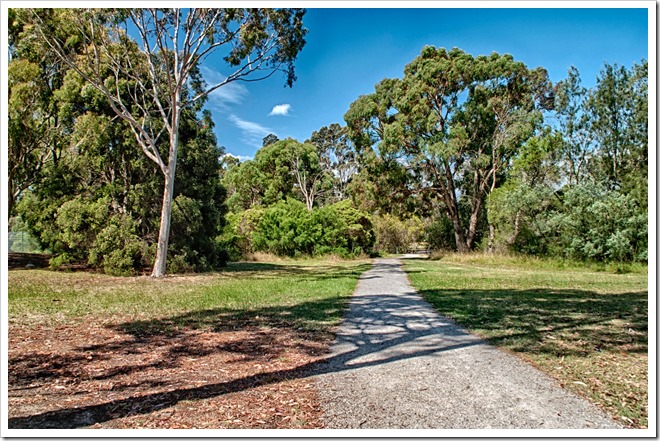 I’ve downloaded the 30 day trial of On1 RAW, so I’ve also taken this image into Effects and used Dynamic Contrast, which give that almost HDR look (which I like), I’ve also added a little warmth using their Sunshine Filter.

Taking Notan into the Field

It would seem I am being unreasonable to ask photographers to carry a sketchbook, even a small one, when they go out to photograph. Yet just a simple notan sketch can be a great aid to seeing better composition and understanding of tones. 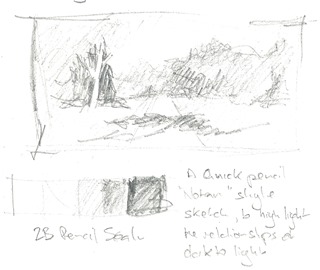 So here is a simple example. I’m looking at a simple path I have walk along many times, with no obvious subject. So first I prepared a little sketch in 5 tones or a composition noting a couple of points of interest. The tree trunk on the right and the shadows on the path. How to I know this? They are the only places with a full sharp contrast between dark and light. I also consider the balance between lights and darks within the mass of mid-tone. The horizon line / apparent vanishing point is close to the centre (not at the rule of thirds intersections!) but the tones are informally balanced. Not a masterpiece but has potential. 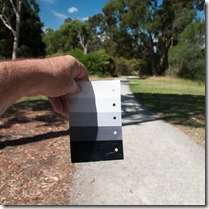 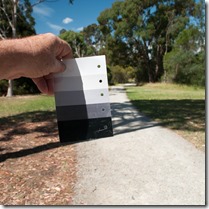 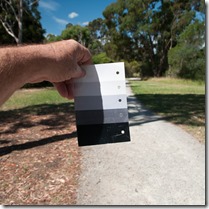 Looking at the lightest values there are actually only two place that could be considered almost white, the tree trunk on the left and the distant section of path. The sky is a deeper blue because I am using a polarizing filter.

The shadows in the foreground are darker tan a mid-grey but lighter than blank. Perhaps even a bit darker than the fourth grey tone, which roughly correspond with the range of the shadow slider in lightroom.

Adventures in the Grid

I don’t think I’m obsessed by grids but I am using the 3 across grid format as an integral part of my Instagram post lately. Sometimes is just posting three similar items but I do has several 1by3 or 2by3 panel mosaics in my post recently. I wonder of they confuse by viewers, (I have had a bit of a drop in followers) or is it a bit of a hassle to find the grid display.

There are actually many tools and apps like Instagrids that can help prepare the grids but they all suffer from the instagram restricted api and fact that images have to be uploaded individually from a phone or mobile device.

There are many others doing great work with grids on their instagram profiles. T 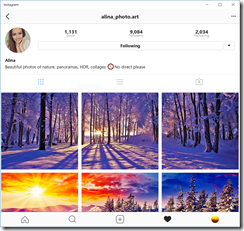 he biggest issue being right now. there is no common hastag or icon to indicate a picture is part of a series so the casual browser needs to recognize the photo being display may be part of a grid series and click on their user icon to get to their profile. This is not a natural action for those thumb scrollers that I notice everywhere these days. Still those in the know with a bit of time to stop and appreciate the grids there is some wonderful creativity going on

I’ve settled for the hashtags

When an image spread across several adjacent squares

See you on the grid some time soon.

A Week On :: An Update & still going strong

I must admit I was dreading the next Windows 10 update for my little HP Spectre. Well it came this morning as I started the computer, so with figures crossed I let it restart itself …. well it didn’t it just turned itself off so after about 5 minutes waiting and seeing no evidence that anything was on, I restarted it. AND miracle it restarted fine and has remained so. 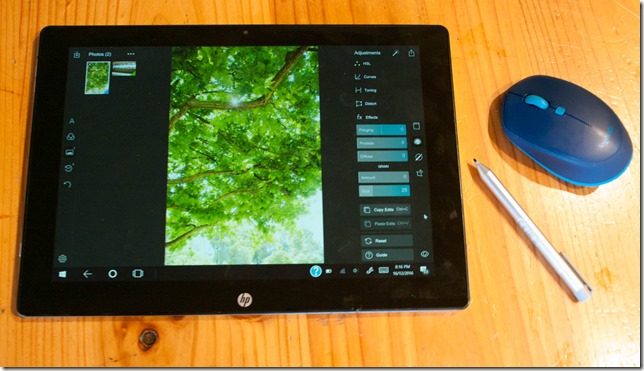 This time I’m running things in tablet mode more. There is however a real lack of decent photo processing software that works well in tablet mode and/or with touch screens. One exception is Polarr, which is an elegant little piece of software that can do a remarkable amount of processing with simple and largely easy to follow touch gestures and sliders. However I still prefer the precision of a pen or mouse. Polarr’s biggest draw back is you have to open each file you want to edit after locating it on the filing system. It has a film strip but thay seems to have to be manually loaded. Being able to scroll through a folder or several folders and click to then edit is a missing feature they needs to addressed asap.

When it comes to file management the field does lack something that can scroll through images like instagram or flickr. The only option I see at the moment is Microsoft Photo application, which is nothing to rave about and trying to use it to find files for Polarr to edit is tedious.

I do like tablet mode, a lot, but the fact that while the decent photography applications like Aftershot pro, Lightroom & OnOne & Nik software remain touch averse I have to keep going back to computer mode and fumble with a mouse.

Still it is a joy to have my fast little helper back. 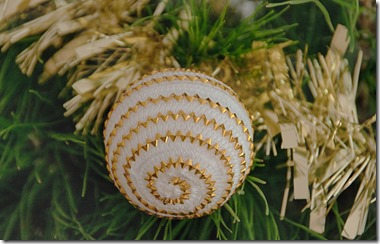 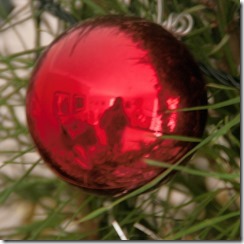 Back from the dead … 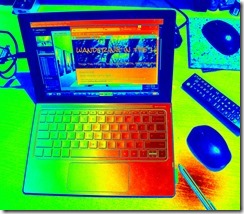 My lovely little HP spectre is back from another trip to Singapore, this time with a new mother board. It started without complaint so I certainly hope it is back to full strength and can ward off the deadly effects of the next Windows 10 update!

Seriously welcome home little fella, my photography missed you. So did my blogging and instagraming

I had a short amount of time in the city today and went to the David Hockney Exhibition at NGV. It was wonderfully Inspiring, Big and Colourful. I loved it 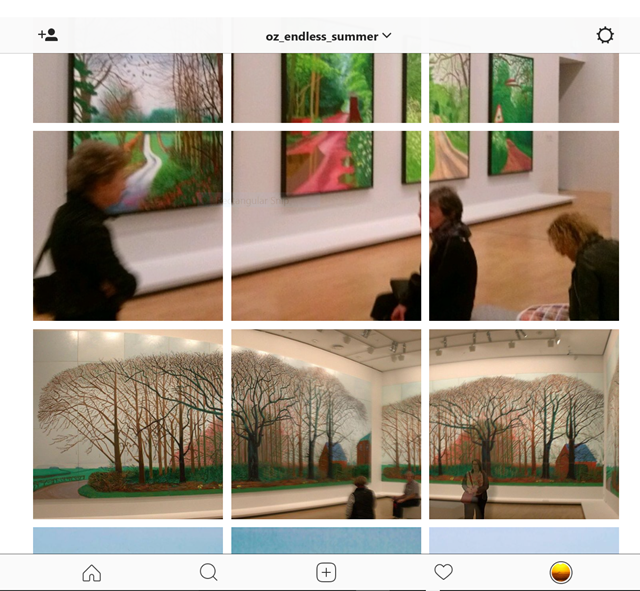 I loved the comprehensive nature of what is exhibited from the tiny IPhone and IPad drawings. the large colour blow up and the videos of the painting and the multi-camera movies. Especially the Four Season, a synchronised set of 36 videos of driving down a country lane in the four Seasons. Having the experience of seeing “Bigger Trees Near Warter” full size was amazing.

Why did the magpie cross the road?