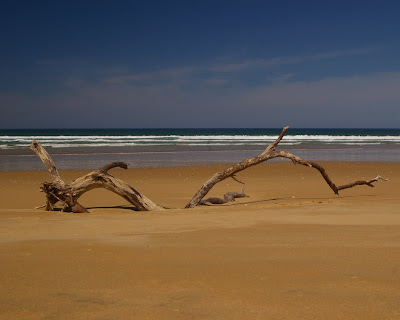 Email ThisBlogThis!Share to TwitterShare to FacebookShare to Pinterest
Labels: beach

Yet another multi-image panorama, the photos were taken in new guinea two years ago BA (thats Before Autostitch, well before I started using autostitch). Just goes to show it can be worthwhile revisiting some of your old photos.

For PhotoFriday's topic Sunrise
Posted by norm at 2:46 PM No comments:

My new vista computer loaded Yahoo!7 as the default Home page, I must admit i had gotten used the iGoogle, but before reverting i had a look around and as might be expected there is a direct link to flickr on the left hand side. No big deal if flickr is in your favourites. The pleasant surprise was under the mobile link and right on the far right is a tiny key called GO which is a simple yet elegant interface to some nice widgets to access the internet with as few clicks as possible. You must download the software for the interface to your mobile phone, (either by downloading to your computer or via a link sent in an SMS). The flickr widget, the familar cyan and magenta dots in a circle, gives you access to a nice neat photo upload, but giving it permission wasn't as click through as it could be. So far I'm very impressed but will report back later on how robust and relaible the GO interface is.

The feature missing from both of these systems, is being able to access flickr groups from your mobile. Still an impossibility.

I must admit I do love to create sweeping landscapes by taking a series of images and then using autostitch to stitch them into as large as possible image that I can (I have a 12,400 by 3,888 pixel version of this one). The downside is the difficulty (and cost) of having large panorama photos printed and framed. Still the final results look great.

The tale of the Pig & the Duck Take a good look at the photos and your will see some well loved pets enjoying a stroll on the beach.

Email ThisBlogThis!Share to TwitterShare to FacebookShare to Pinterest
Labels: beach

Pretty as a picture? 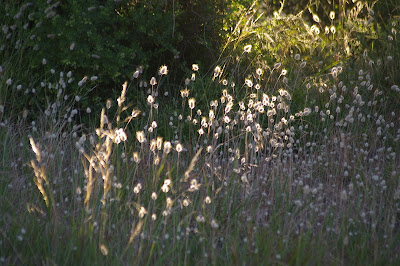 Well the lighting is lovely but the image may not be so well appreciated by all those suffering hayfever this year.
Posted by norm at 5:28 PM No comments: