Finishing My This Week in Litter Project

I’ve decided to finish my TWIL project (This Week in Litter) not because highlighting litter is not an import reminder of how us humans treat the natural world but that I have learnt a lot making the photos and have probably reached the point where I can confidently shot from the hip using the back screen on my new olympus camera, without interrupting my walk, by more than a pace or two. 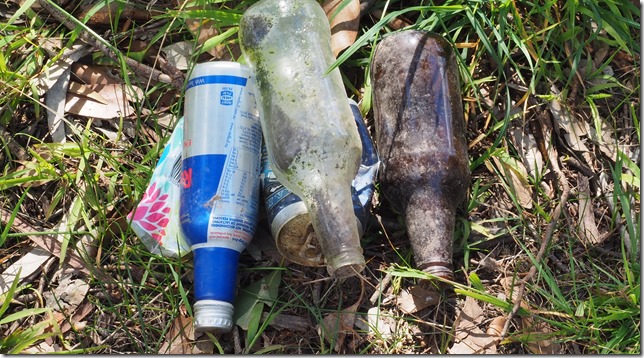 As I started this project I would stop, nicely frame the rubbish in the view finders and take the photo bending over. Worked fine, but people tend to give you strange looks if you are photography rubbish on the ground. I soon figured out I needed to be more discreet. Just facing the camera down at hip level and using the back screen to compose worked better. The only other obstacles were getting focus and exposure right (because both are hard to gauge off the back screen at the best of times, harder when this screen is essentially arms length away). Well I just needed to trust the camera, put it in P mode and used the Autofocus. A couple of early photos showed camera blur, but I took hundreds of photos and the muscle memory soon kicked in. Stop switch the camera on, move the camera to frame the rubbish, press the 2X button if necessary, half press the shutter, wait a fraction of a second and then roll to fully press the shutter (all in a second or so).

The results where very suitable. The photos not the rubbish

This is a composite This Week in Litter project was was on the Sunshine Coast part of the time and in Brisbane later. I saw a lot more litter, surprisingly more. The biggest sock was the amount of litter aggregated by the homeless sleeping rough on the streets and parks around Brisbane 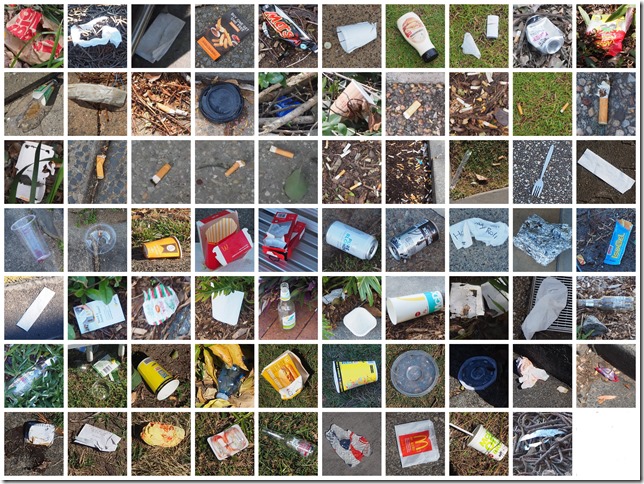 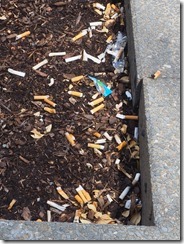 The other obvious thing was that Brisbane has lots of smokers and they throw their butts around indiscriminately, pretty much everywhere and hundreds if not thousands.
Posted by norm at 10:38 PM No comments:

Out of camera .jpeg versus RAW …continues 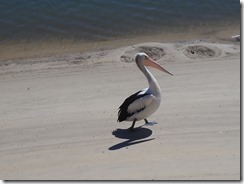 Continuing a comparison of the jpeg photos straight out of my camera with RAW images, from my new Olympus E M10 iii. I’ve chosen a photo of a passing pelican that came up to say hi! (ok he was probably looking for food) but he seemed happy enough and continued down the canal oblivious to my camera. I must admit I like getting candid bird photos this way.

The two images below are default rendering by ON1 Photo 10 and just default tone mapping from Aurora HDR of the single .orf file. Once again I was using the 2x digital tele-converter, so the jpeg is enlarged whereas the .orf RAW file isn’t. I must admit I prefer the Aurora rendering, interestingly it is also much closer to the out of camera jpeg. 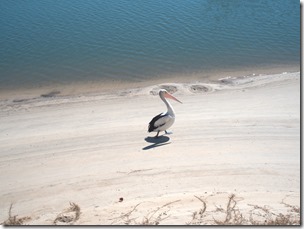 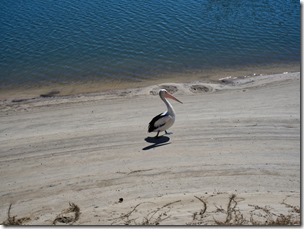 However I then did my own cropping, tonal & colour tweaks in ON1 photo develop. 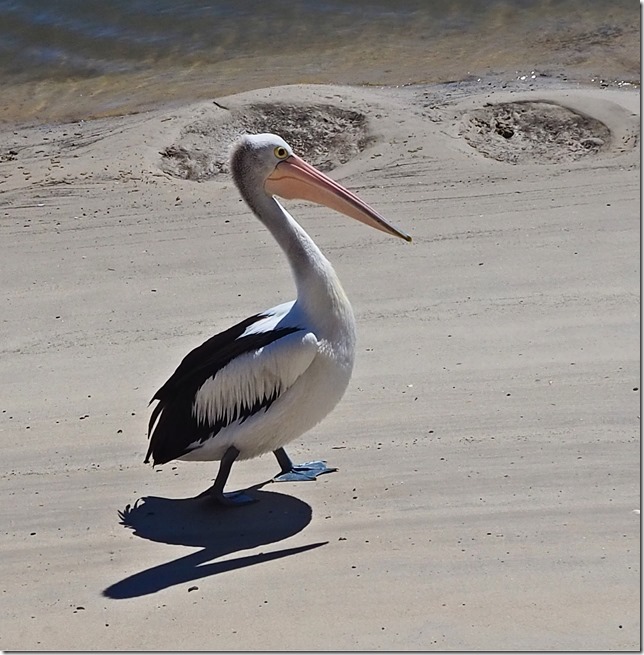 Confirming that the jpegs out my little Olympus EM 10 iii are really decent but if you have the time and motivation you will be able to bring out a little more from the RAW file. RAW+jpeg is still my preferred setting

Today is apparently World Photography Day. If you have been following my @normhansonphoto instagram feed you will have notice a couple of photos of an Osprey nest high on a pillar of the Mooloolabar spit, taken at different times of the day and under different lighting. 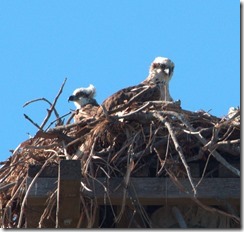 Unfortunately the Osprey where largely in silhouette. So today I decide to get up early and walk to the spit (a little over 3km away). Hoping I could get close but on the eastern side in the morning light to get a lot of detail on the Osprey, and hopefully well lit eyes.

The walk was pleasant, and the big Sunshine Coast Marathon was finishing so the road blocks where being removed. However when I arrived at the nest only the chicks where home. After a short wait I could here one parent squeals and suddenly they where on the nest. I missed then flying in (and out). Still I had my long lens (zoomed out to 300mm) on and switched to S (shutter speed mode) and high speed burst mode. At 200 ISO and 1/400th second  f8 to f11 giving a good exposure, all good. The parent had returned without food so there was a bit of complaining and they where scanning the skies for their partner. I moved around to the eastern side to get the best morning light on the birds and got many shots, even though they are stationary on the nest their heads where turning constantly so the burst mode helped get the best head position. Still I had a lot of almost duplicate images and ended up deleting approx. 30%. Then as quickly as they came the parent dove from the next and disappeared. I wasn’t quick enough to capture them in flight. Still I was happy with my efforts. 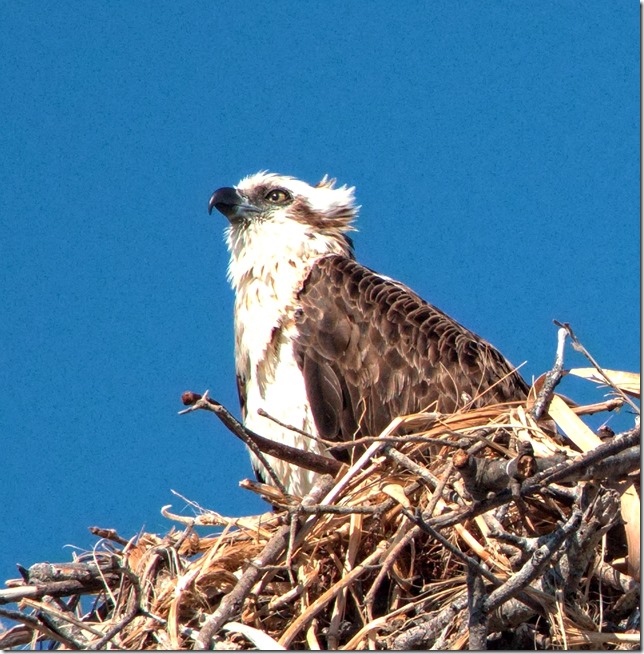 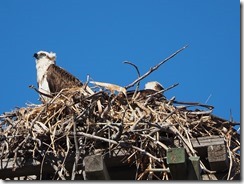 Continuing my comparison of the “out of camera” Jpegs (without enhancements) from the Olympus, shown on right, with post processed RAW (.orf) file (above). The out of camera shots continue to look good (the biggest difference here is the post process cropping and a tiny amount of tonal tweaking).  I had used the 2x button to get the extra zoom, but it actually only works on the jpeg, but there is plenty of detail in the RAw image for heavy cropping to work well.

I’m in the middle of the sunshine coast, north of Brisbane and I was a little surprises at the general lack of litter on the beach, in parks and main tourist areas. I did notice these signs, and it looks like they are generally working up here. Well except for the every present cigarettes butts (again to many to usefully photograph individually). 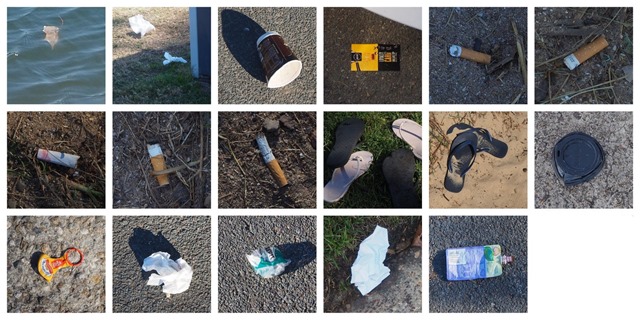 I did find two locals that obviously can’t read the signs. 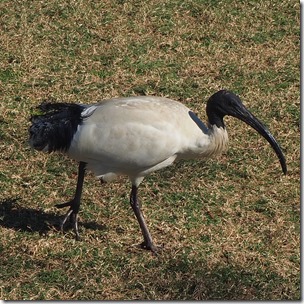 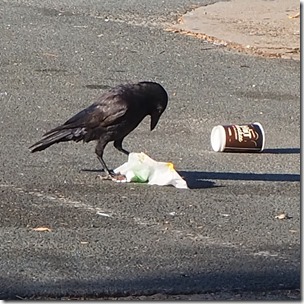 Comparing .jpeg & RAW ..with a surprise

I’ve deliberately left this just a simple comparison, so you can decide yourself.

I had to stop photographing cigarette butts, because there would have been many hundreds.

Are the jpegs good enough to Abandon using RAW?

I am conscious that the jpeg version of any photo from my new Olympus E M10iii is pretty damn good straight from the camera. Potentially alleviating the extra effort to post process a RAW (.orf) image file. So let’s do some comparisons. The original photo is on the left. The default render of the Olympus is shown on the right, I'm guessing it is not a surprise that they seem very close (if not identical). 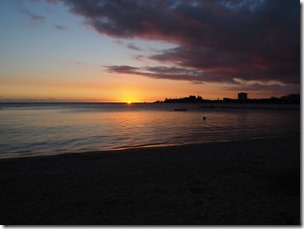 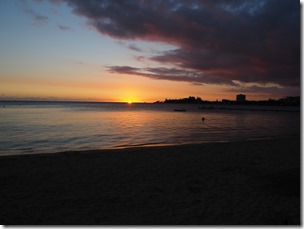 Compare these with the default RAW Rendering by On1 Photo 10 & Aurora HDR images below. 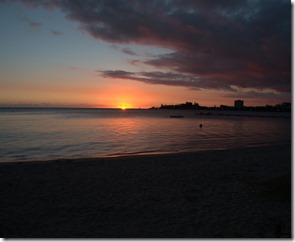 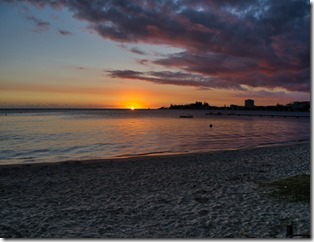 Once again this does convince me that the jpeg file straight out of my Olympus are very good and probably perfectly adequate for typical social media uploaded (eg like this blogs or Instagram). The rendering from different Raw processors find a little more colour and tonal range, however this stars getting into personal preferences (and the time to tweak). 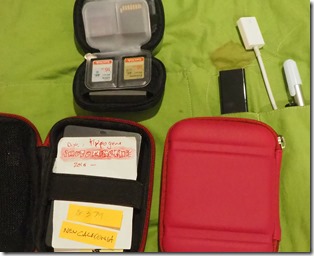 the card for a few days till it fills to about 2/3rd. I have five 16GB cards so I can last a couple of weeks before I need to clean the cards, by which time I have plenty of opportunity the photos safely backed up to one of two 1TB portable drives (in the Red cases) that I carry as I travel.

I store my SD cards in the little blue case , and have adopted the process of turning them one way when they are empty and reversing them the another when they are full enough. Well that’s the theory.

Last night I took a lot of photos of the sunset, two cruise ship leaving port, and the CARD FULL message 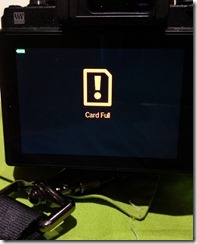 just as some fireworks started. I grabbed card case and swapped the cards but I was a bit late to get the best of the fireworks, This seemed to go well Until I got back to the hotel room. I put the full card in the reader and it was EMPTY! Worse the new card from the camera also reported it was empty. I got out a third card and it worked fine. Hmmm! I feared the worse and downloaded Recuva, (a disk file recovery tool I have used before and trust). A couple of very long deep recovery later only turned up old photos and some corrupted files. 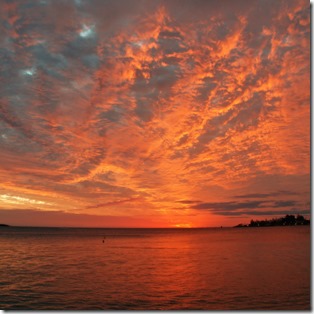 Rather than panic I figure I should just leave the cards and pack them away and not reuse them as I was travelling.

Next morning I got out my camera and got a fresh card from my card wallet and as soon as I turned the camera on there was the CARD FULL message again. My first reaction was that the camera must be corrupted the cards. Arrrh!

Then it struck me there was a simple explanation, In the dark last night I got the direction of the cards mixed up. The full card was always safe in the blue case and I was trying to red cards I had already cleaned. So I didn’t loose my great sunset shots, and I will pay more attention which way by cards are facing.

PhotoProject : This Week In Litter 4 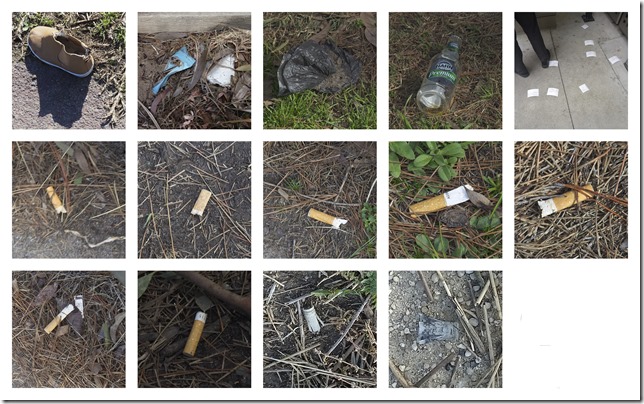 Again less litter as I only had a couple of walks. Wow so many cigarette butts thrown onto pine needles, lucky its been wet! Third week of my  #TWIL project

Touchwood :: The Desktop is Back

It has only taken me 51 days, since the windows update rendered my desktop very unreliable, and 24 days since I started seriously resetting, checking and reinstalling things, to get a stable version of my computer back. What an epic fail Microsoft (much of the delays and dead ends are due to your support forums. Also I have not received a single reply to any of my direct queries.

So what fixed things? I had to do a total RESET, three times. Twice keeping my user files and the last resort was a complete deleting then reinstalling everything and finally slowly loading a few programs and testing them, then a couple more, and so on. Slow and steady (to win the race). Still got Microsoft office stuff to load but that can wait. 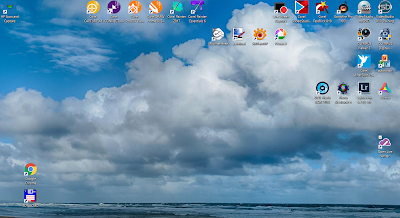 What was the cause? I still don’t know but I suspect it was related to the unannounced deprecating of homegroups. Either that or finally exorcising the ghost in my LAN.