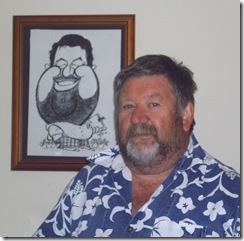 A really great Melbourne  identity died this week, the cartoonist William Ellis Green, better known as WEG. I am lucky enough to actually have one of his caricatures of me.
The WEG story I like most, happened earlier this year when a burglar broke into his home. When the police arrived and asked for a description he said I could do better than that and dashed off a caricature. The police recognized the burgular and the story goes that 15 minutes later the guy was arrested and charged
If you don't have access to a friendly cartoonist there is a neat on-line service that can help you out, it is called BeFunky and it has a tool called cartoonizer. Their promotional  video is better than anything I could describe, so here it is -

Cartoonizer in Action from BeFunky on Vimeo.

When you have finished there are a number of ways you can save your work including exporting directly to a comprehensive range of popular social networking sites. 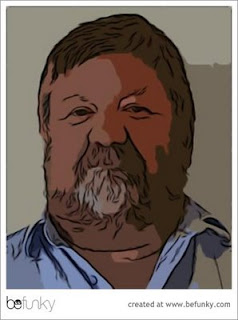 I'm sure you can have some fun with your own cartoonist on-demand!
Posted by norm at 10:50 AM