ThePatch :: Automobile AutoAwesome (that wasn’t quite)

Looking for a more creative direction for this weeks theme Marketing/Automobile on ThePatch I had to look no further than my grandson. He loves lego, the lego movie and everything is awesome, within seconds of suggesting we make a short movie he was designing and assembling a suitable awesome car from scratch and worked out a little sequence before I had my camera ready. We had fun shooting the circling Awesome-Mobile, although you can glimpse his enthusiastic hands in a couple of frames. To keep within the everything awesome theme I had planned to let google+ autoawesome create the *Motion gif for me.  Alas it only used a couple of the 25 photos we had created (see the google+ efforts below) so I went back to an on-line service called imgflip to create the GIF file (above left).

Since all of this was fun but probably not serious enough to enter on the patch so I have returned to a still photo of the wonderful little Awesome-Mobile itself but decided what the heck to go with the Gif (or is that Jif?)! 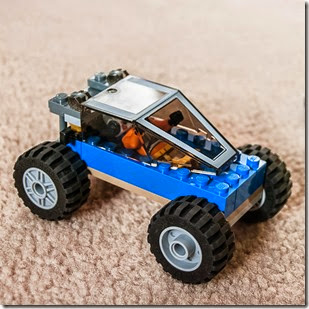 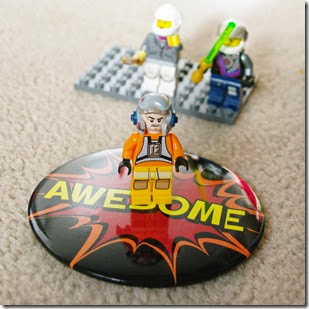