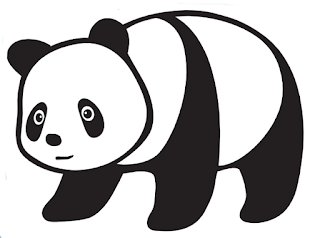 The site maintenance shutdown for flick has been well advertised and even has a little good panda contest for the likes of me (free users or peraps a gift for a friend). This is probably the finals steps of the migration of services off the Yahoo’s servers, but seems to have taken a day longer than anticipated. The new owners and the flicker team seem to have put a have put a lot in place to make sure this is a seamless transition, including a Known Issues page They warn a few features might take a little longer to bring back on-line. However its return to be up online again has not gone so well for me. I can not upload my photos either with the newer photo uploader.

Or the Old Manual Photo uploader

This hiatus has punched a whole in my 365 project (post a photo on flickr each day this year) for a second day, but I’m not panicking, I’m patient and I’m sure they will figure it out in time, I also realise PRO member will get higher support, Here is a link to the current status of the scheduled maintence, why not take the opportunity to go out and take a few more photos, perhaps enter their good panda contest.

Suspicious behaviour, and a decline in trust

The news that Adobe was going to put the price up (actually doubling the price) of their basic Creative Cloud Photographic offering, was soon “retracted” as just a marketing A B test. That’s some test!

Then came the news that long time CC subscription holders would have to update and only be able download two of the most recent versions of the adobe apps. The reasons given escape me because I also found them a bit difficult to swallow.

Next a third strike for Adobe!  They were exposed writing to users warning them that using old version of the software (that those user paid good money to “rent” from adobe) would leave them open to a third party legal action. Again I find this unbelievable unjust. Like Adobe is happy to abandon them. What is going on at Adobe, don’t they care what their users think.

So I must admit I was feeling a bit smug that I resisted the subscription model (for purely cost reasons) Even though I still have to occasionally update my software. Many companies try to get that upgrade fee out of you often (eg yearly) I normally resist and upgrade on the second or third iteration and or when new features I would regularly use are rolled out. Generally I download the free trial versions first so I get a good idea of what I need versus could wait a little longer for.

Such an upgrade was the latest version of Corel Video Studio it performed way better with the 4K video from my new little Olympus and I like the multi cam synch capture. Suddenly I was  being annoyed by a nagging pop up messages every day (offering what seamed a reasonable discount). So I caved in and ordered the upgrade at the AUD$51 price. Even before I had finished and had only downloaded the initial setup program, another message popped up offering a slightly higher discount. Bummer, This is not clever marketing this is just annoying.

I do like the Corel Video Studio 2019 Pro by the way. It is a good upgrade.

What the heck are your heavily automated market teams up to software suppliers? Do you understand why you are loosing our trust?