Abstraction via Long Exposure with Movement

I visited an interesting exhibition on Photographic Abstraction current on at the Monash Gallery of Art. What struck me most was the wide range of approaches and techniques and yet how strongly they followed photographic traditions. Then the realization that I had taken many similar photos as experiments, textural context and possibly specifically with a screen wallpaper in mind. Just last week I in fact played around with the idea of taking a very long exposure but moving the camera during the last part of the exposure. The image below is taken on a dark night, with a couple of house lights in the distance, Using a 30 second exposure I moved the camera to point at a street light (just off the original aspect). Resulting is some superimposed horizontal stripes of light in an abstract composition. 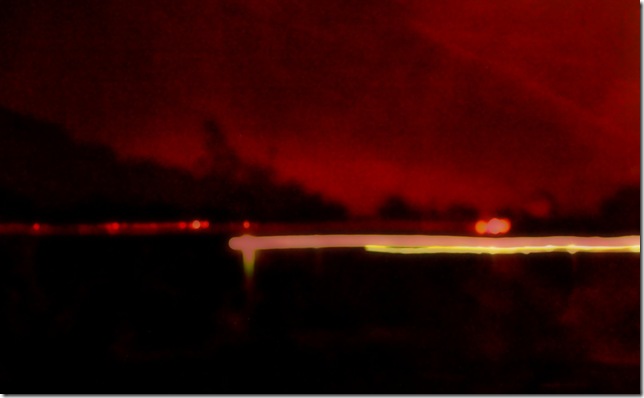