I was down Ricketts Point, Beaumaris on the bay south of Melbourne. and spotted a group of black swans. I hadn’t many along the coast for the past few years and this is the second group I have seen this month. I went to get my DSLR camera and the battery was flat (sad face) but I did have my android phone and as is my preference at the moment I took at HDR camera shot (actually its three shots)

As is typical taking such a series with a moving subject (the sea gulls, the waves and even the swans themselves) I was expecting ghosting. However looking at the final result the waves and seagulls and swan on the right are all nice and sharp and just as they where in the first photo. Even though Almalence, the creators of the HDR camera app, claim the correct handling of moving objects and de-ghosting I do find this pretty amazing. 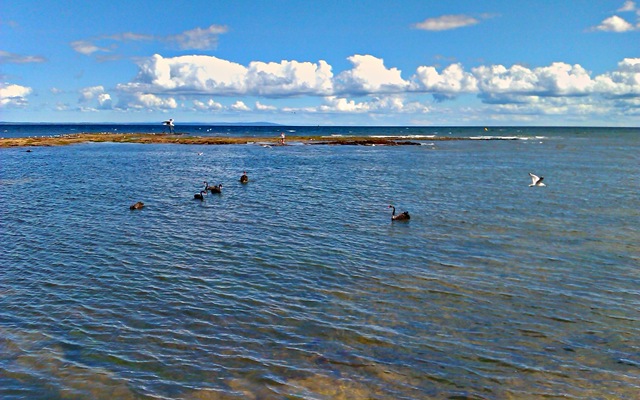