Some Subtle Changes in Google+ Photo

I could easily be the last picasa web album format user, but I was surprise by this message from google that I was new to google+!  I’m not I have been on google+ a long time but maybe haven’t used it so much lately

The learn more link took me to the on-line support/help area for picasa web album and google+,

and another curious little highlighted info box that suggested I need to upgrade to version 3.9.16
Then I checked my version of picasa which was only 3.9.0, but my checks to see if this was update, showed that picasa at least believes it is up to date.. Clicking on the learn more on the this

second yellow highlighted box took me back to December 2011 post that picasa version 3.9 was available for download. Was this just another example where Australia users are being  “geo fenced” out of up to date versions? No! I went to the equivalent USA site and same little interesting circular inconsistency occurs. So I tried to follow the newest features link here and got something which is pretty unusual for google these days a 404 error message! 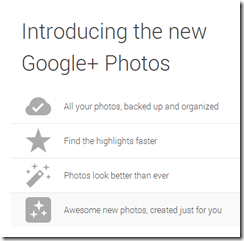 My suspicions that there is quiet a bit of enhancement going on, lead me to reload in as google+ photos, rather than picasa web, and have a look at the What’s new item, which looks the same as the updates I discussed back in may. the layout might also be slightly different.


Eventually I got to the change its a new edit Item. This takes you into and auto enhance mode with a series snap seed style presets. Which is not surprising as google bought Nik Software who developed snap seed. There are also a set of the “flashy” filters similar to those popular in smartphone apps. Interestingly clicking on the customize button gives you the option to turn auto enhance on? Rather than off, so I soon discovered it is a toggle, that starts as auto enhance off. It would appear that at the moment these edit features are only available in a chrome browser. So its in browser rather that in the cloud editing but the photos are stored in the cloud 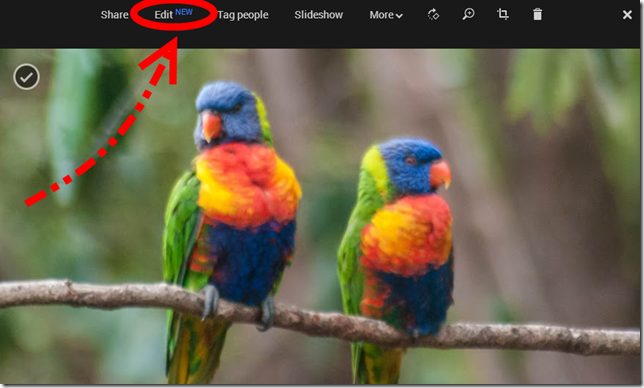 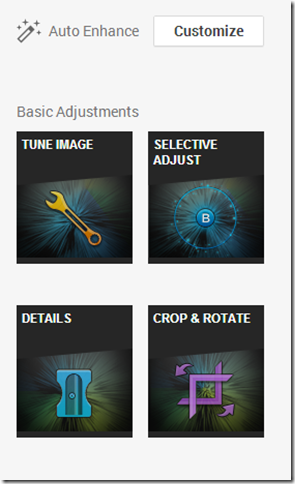 I’m not sure what this last  highlighted message means, i just get it after editing a photos so I assume it is just as a warning that you may have some extra fiddling to do if you edit an already published images. More orphaned links to clog the bandwidth of cyber space!
The last new feature I sniffed out, actually +tray radcliffe did and blog posted about it, is the handling of RAW photos on Google+. I’ve loaded a couple and they display fine, Ok they look bland to start and definitely need a bit of snap seed love and attention, but with way fewer clicks and time required than say tweaking in lightroom.

So what do I make of all this? I suspect google+ photos is being redeveloped towards a one stop on-line place to upload, work on and store all your photos, particularly those from camera phones. These new edit features and RAW support will help differentiate google+ from other social net services. My worry is still that picasa as a stand alone computer program is probably not being developed or supported any more.