A drawing board for my tablet

One goal I had set myself on the last endess summer trip was to create more art directly onto my tablet. I had updated to corel painter 2017 and downloaded few free apps to test, including wacom’s Bamboo Paper, Well they do work but trying to use the tablet outside with just my finger, a stylus or the HP pen proved very difficult. So difficult I gave up.

The first problem was glare, which made the LCD screen almost impossible to see. Any direct sunlight on the screen meant all I could see was the mirror reflection of a very frustrated me. picking up the tablet and tilting it away from the sun worked but it soon got heavy and difficult to hold in one hand as I sketched with the other. Normally when I paint I rest a drawing board on my knee or easel.The tablet proved a little slippery for that or trying to rest on a book of box. It was fine flat on the table but …. I just couldn’t see what I was drawing. Tilting the kickstand up into the normal typing position was better but it was not a good angle for sketching freedom. 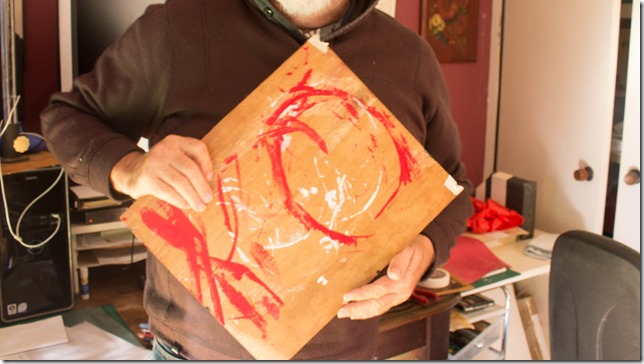 The draw board idea stayed with me. I got an old board and cut some notches in it to exactly match the width of the ick stand and then I turn turned the kickstand right up so the table “hung” on the drawing board. I could rest the drawing board on my knee and the whole configuration was looking move stable, till I split and push up a little and the table slid off the notches and slipped around again. 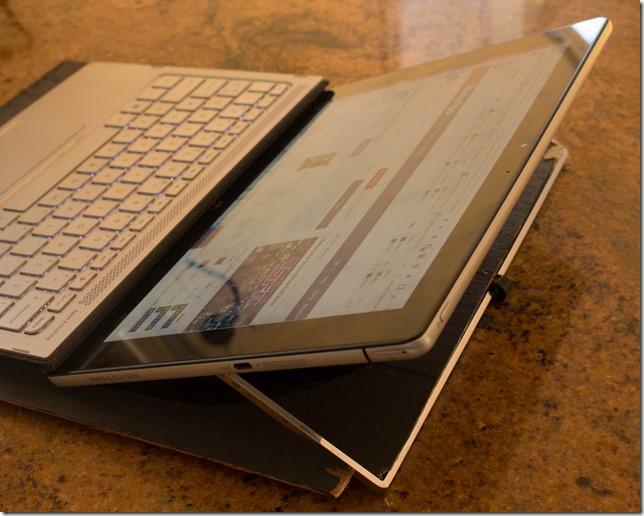 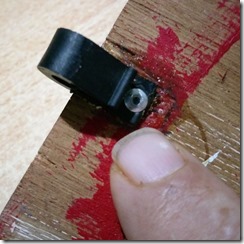 It was quite literally back to the drawing board.

I had the brilliant idea of adding a small plastic clip to hold the kickstand from slipping off. Firstly I glued it on but that was no where near strong enough, and soon the tablet broke free and slide off my lap and onto the floor (phew no damage done). So it was both glued and riveted next. I also put a couple of furniture felt wear pad at the position the base of the tablet sat on the drawing board. Magic the whole thing is very stable now.

Time to try it out in a variety of ways.

As a way to keep the tablet steady on my lap or propped against a table, it was perfect. Next I tried to see if it was a way to 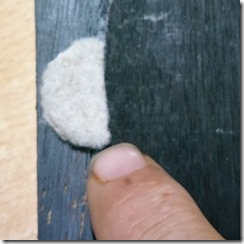 have a small sketch book open on the drawing board and using the tablet for the reference. It seemed a little cramped at first but it proved wonderful to have the sketch and reference in close proximity. Then I got bold and attached my “portable” wacom bamboo tablet with the pressure sensitive pen underneath the HP screen but paper clipped to the board, except for the usb connector cable hanging down this is a real winner, especially with the touch controls so I don’t need my mouse, I’m sure I will get very productive with this set up. Finally  I tried out just straight photo editing, on my lap (eg while on the couch watching TV). Again pretty comfortable, no extra hands required and no slippy/sliddy tablet behaviour. 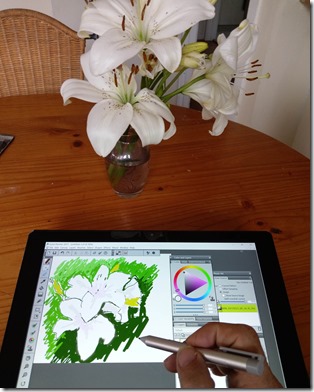 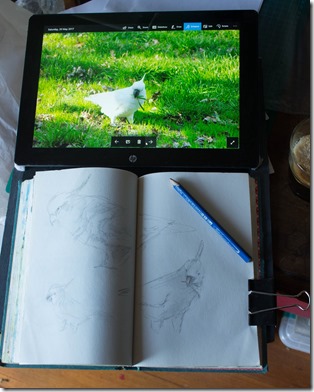 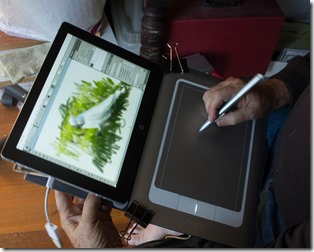 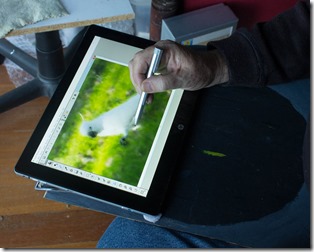