Be prepared for more Supermoon hype BUT….

Just a heads up to let you know there will be (yet another) supermoon next week this time over two nights for Melbourne, The term supermoon is not from astronomy it is more astrological. The event is real enough, the full moon corresponds with the closest point that the moon gets to the earth and it can give those interested the opportunity to get some nice photos, because the full moon will rise close to sunset.  Depending on the local atmospheric conditions this could produce a pleasing coloured moon against a richer sky. However there are a lot of myths about the name supermoon, (read this lifehacker post), so don’t expect the moon to be really large or much brighter and there are unlikely to be major catastrophes. If you haven’t witnessed a moonrise its happens surprisingly fast.

…it is a good excuse to photograph the moon

Having dismissed  the hype, photographing the moon can be fun because it is quiet a challenge for an automatic digital camera (as it also is with film based photography). The main problems comes when you rely on light meters, they average the illumination. However the moon is bright against a dark sky, so most often the moon will appear as a bright circle (or big white blob with flare) perhaps with a purple halo and no internal detail. Our eyes however can better handle the contrast and our brain adjusts to a more balanced illumination and we can usually make out at least some detail. The essence of photographing the moon is finding the right exposure to capture the detail of the shadows and craters. There is a lot of advice on photographing the moon on the net, some a little miss-guided but here is a good place to find additional advice. 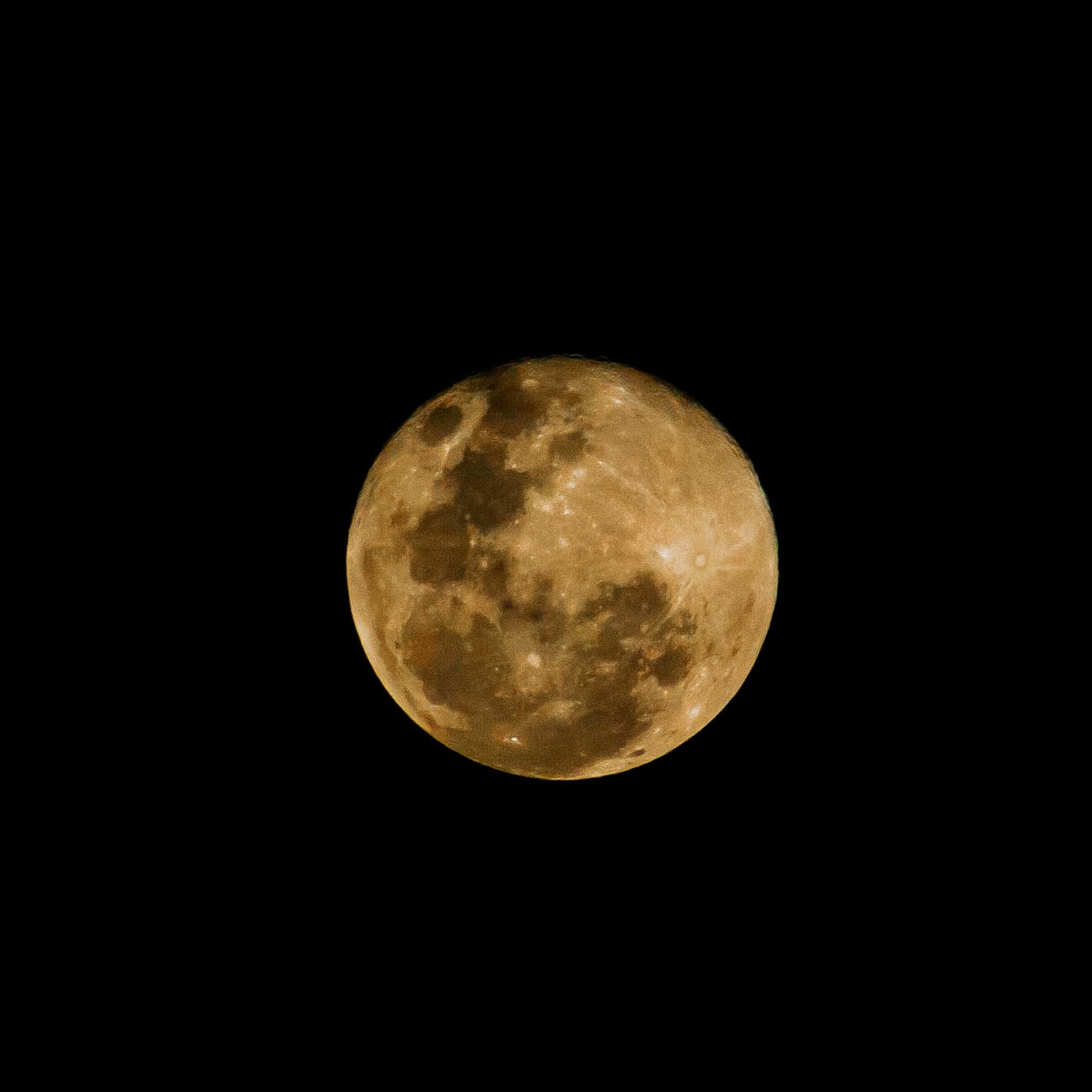 For the Super moon (or any full moon) close to the horizon, my suggestion for a good starting point will be to use a tripod, set you camera to manual and use a long lens (or zoom in).  Even though this is a night photo try to keep the shutter speed high (1/100 to 1/500) because the moon moves fast. The aperture can be standard (ie around f8) although if you have a foreground subject you want to include and you have the long lens it might be wise to go to a small aperture (eg f22) to avoid depth of field issues taking the moon or the foreground out of focus. This really only leaves you the sensitivity to adjust to get the desire exposure and it will probably be in the range ISO 400 to 1000. Most modern digital cameras will go up to at least ISO 800.

The ambient light of your position and view can make a couple of stops difference to the exposure so it is a good idea to take a test shot or two of the general scene you want to photograph just beforehand (remembering when the moon rises there will be a little extra light, ie slightly under exposed is ok). Finally if you are familiar with taking bracketed exposure, this is the perfect time to set your camera to take 3 (or 5) photos at a range of EV values (-2 to +2 is a good range if your camera allows this) that way you should get at least one good exposure.

The second common surprise most people get when they photography the moon is it always appears smaller than what they saw? This is particularly so if there is something in the foreground. This is really a function of the cameras focal length being a wider angle (ie 50mm for a DSLR). The solution here is easy use a telephoto lens 200mm or longer, or zoom in and stand further back from the object in the foreground.

The Flickr community team have suggested a series of Noctural and Lunar Global Photo Walks for September, and there has already been a focus of events that match up to the supermoon occurrences next Monday & Tuesday. In Melbourne the key times are shown in the table below

If you are in Melbourne, we have already had two widely hyped super moons this year, but Tuesday 9th September will be the last opportunity to photograph a super moon from location for the next decade. So cloud cover permitting why not join the flickr global photo walks group and/or a group starting at the Monash Gallery of Art at 6:00 pm, more details on the MGA events page. Even if it is cloudy there should be some good long exposure opportunities.