One thing that has been worrying me for a while has been the behavior of RAW files in Picasa. Sometime ago I had set both my Pentax and Canon EOS to store images in both the camera’s RAW and JPG format. It does use extra space and takes extra time to write both images, however I wanted to get a feel for the difference each format provided. Well a strange thing was happening. Whenever I loaded the files the .jpeg and raw files always looked the same, but after a while,  particularly if I looked at the raw file. The two images inevitably looked quiet different,even when I had not made any changes to exposure etc. At first I suspected it was something to do with the .CR2 (native Canon RAW format) and .PER (native Pentax RAW format) Codex used on the computer.Then I began to suspect that RAW files would be brighter compare with a slight underexposure of the jpeg, but there were plenty of exceptions. Lightroom 4 avoids this little conundrum because when it sees a pair of raw and jpeg photos with the same name it only “imports” (links to) the raw file.

Well the explanation, is pretty simple. Both cameras do create thumbnail of the photo, in jpeg format using the cameras default jpg processing settings and embed this inside the raw image. It is this thumbnail view that you see when you first upload your photos. Then as picasa gets a chance to process the photo further it does read the actual Raw file and does its own best attempt at processing that RAW file, making its own new jpeg thumbnail. This might be quiet different to the cameras settings. Unfortunately it is a kind of Auto-fix for all approach and often not really what you want. For example in this photo I was after a kind of moody winter sky. Tweaking the RAW files a little gave me the effect I was after, and its quiet similar to the original camera jpeg. Once you make some adjustment to the RAW file in picasa (which you now can do by the way) the thumbnail does reflect those changes.

If you look closely lightroom does a similar thing. The image displayed in library view might change once you view it or develop it and it goes through the loading… delay. After that the thumbnail you see in lightroom is what ever you do to the image with lightroom. Picasa and lightroom are both “non destructive” systems so the original raw photo file remains unchanged. 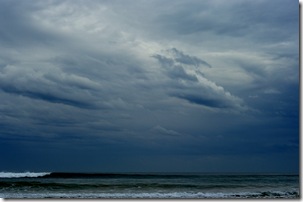 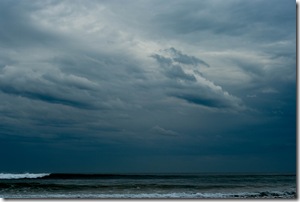